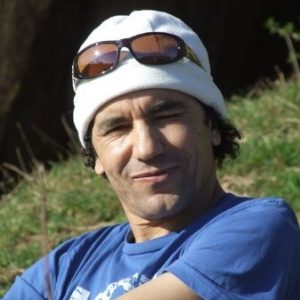 Hassane EL Yakine was born in Taloust the berber village located near the town of Taznakhte. He was born and grew up in a family with very long weaving traditions. In the 1970s (when he was around 10 years) he used to go with his grandmother to the field to collect the right herbs (peels of pomegranate, madder roots, weld …etc) to dye wool yarns. Deeply influenced by the elegance of the Berber rug culture, he helped his mother and his sisters during the process of carpet weaving from dyeing the yarns and setting up the loom to knotting the rugs. He also helped his father in sewing the Djellaba cloth and the Berber Akhnif cape.

Over the last 30 years he worked with researchers and Berber rug collectors and contributed largely to the Berber textiles and culture in the Anti-Atlas region in Morocco. Below is the summary of his contributions:

1987-1990: Research of techniques, origin and meaning of traditional and ancient textiles in the Anti-Atlas region; the blending of jewish influence on the berber weaving.

1990-1995: Worked together with different international collectors and dealers of traditional rugs; giving information about rugs, the culture and this area.

1995-1999: Photographie and co-authoring of the known book “Tasnacht, Teppichkunst und Traditionelles Handwerk Der Berber Sud-Marokkos”, ISBN#9783201017152, 1999) which was about the berber carpets, textiles and jewelry of the (Taznakhte- Ait Ouaouzguite region). In 1995 he made a presentation about Berber Rugs in first ‘International Conference on Oriental Carpets’ ICOC,   in Marrakech, Morocco.

He lives now since long time in the Netherlands and he put his private collection for sale. The rugs are available in his house in Morocco where he can make an appointments a few times each year. You can contact him here or connect with him via Linkedin. 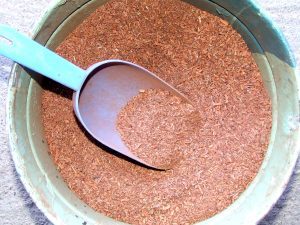 In the Anti Atlas, the area above the Sahara, the southernmost part of Morocco, lived hundreds of years tribes as nomads. With sheep and in tents. Later there were villages around ‘ kasbahs ‘ of the Glaoui, the rulers in the South of Morocco. The people lived by date oases, fields, sheep and other livestock. This special sheep wool is silky shiny, long-haired and very strong. They wove from it clothing and carpets. Men made from, by women woven pieces,  covering for the donkeys and horses and warm capes and cloaks (agnif and djelabba) for themselves. Also (saddle) bags and pillows for their home. Of fine white wool with silk embroidery were ‘ Tahaikt ‘, shawls for women, for parties and weddings. Because basically for own use, the women wove their creativity in the designs. The inspiration came from nature, the environment and their own imagination. That sometimes led to ‘modern’ abstract designs! Paint was taken out from plants, the knowledge was transmitted from mother to daughter. Plants were collected for paint, but also for shampoo/soap and medicine. The first carpets they made in ‘flat-weaving’  (Kelim, Lahmel and Tahaikt). Each tribe had its own typical motifs and colors for carpets and clothing. So you could see to the people, of which tribe they were. Women made 2 to 3 carpets per year. 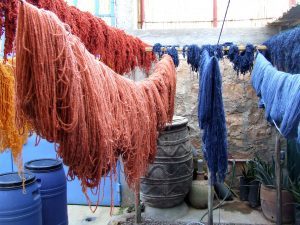 Later one made carpets in flat-weaving and also knots. That became thicker and warmer. The typical Glaoui are a combination of knots and flatweaving. The knots in different colors, and the woven parts in black and white. Since the 1930s were the French settlers interested in carpets, and a cooperative was founded in Taznakhte, where a number of women from the area worked to make carpets for the French settlers. They were paid in oil, rice and sugar. Around 1979 in Taznakhte were the first ‘open’ shops for carpets. Tourists became interested, and making carpets supplied families on money. Taznakhte became widely known for the beautiful quality carpets. Every family made carpets for the market. Vegetable colouring was increasingly replaced by chemical dyes, but upon request we also wove made with natural dyes. And, of course, one still makes carpets for personal use!

What are you looking for?